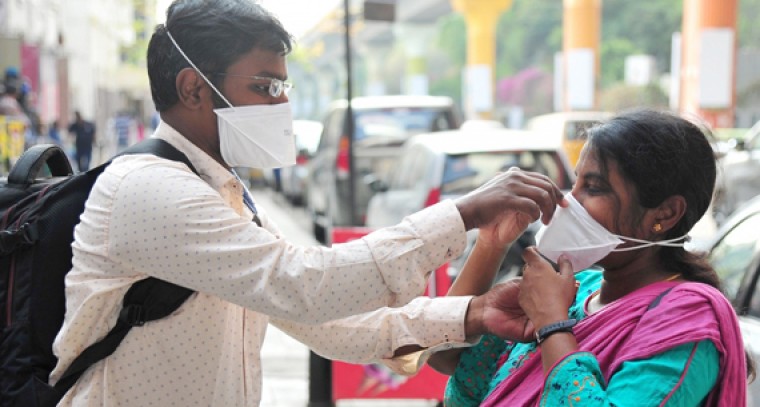 Amaravati, March (IANS) Health authorities in Andhra Pradesh on Tuesday advised self-isolation for 75 persons who returned from Italy since February 29.

As Italy has reported one of the highest number of coronavirus cases outside China, the health department of the Andhra Pradesh government has issued an advisory to the people who returned from Italy in four batches since February 29.

The department said that such people should be in self-isolation at their respective homes for 14 days. The department released a list of do's and don'ts for these people and their family members to check possible spread of the virus.

Officials said that if these individuals are found to have suspected symptoms of coronavirus, their families should inform the 24x7 control room on phone number 0866-2410978 or dial 104. Their families have also been advised that if they are required to be brought to hospitals, it should be done only through 108 ambulance.

They said since 16 out of the 56 Covid-19 positive cases in India are Italians, they did not want to take any chances.

Andhra Pradesh has not reported any positive Covid-19 case so far. According to a bulletin by the state control room, 465 passengers from Covid-19 affected countries have been identified and placed under surveillance.

As many as 232 people are under home isolation and 226 people have completed the 28 days observation period. Seven persons are in the hospital and their condition is stable.

The authorities have so far collected 35 samples, of which 33 returned negative while the remaining two are awaited.