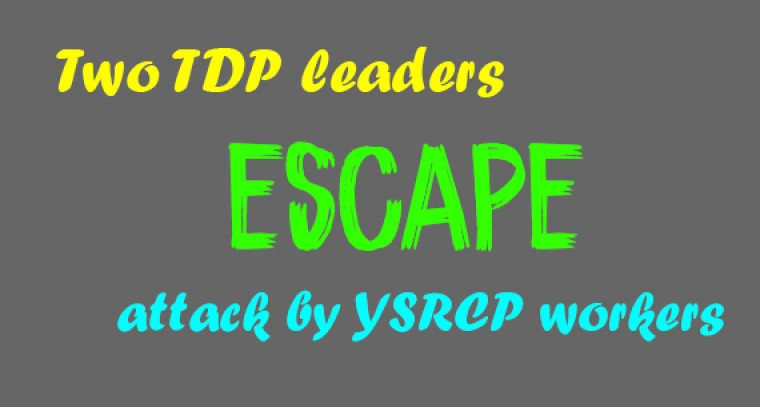 A lawyer suffered critical injuries while two leaders of opposition TDP had a narrow escape in an attack allegedly by the workers of ruling YSRCP in Andhra Pradesh's Guntur district on Wednesday.

Advocate Kishore suffered injuries and escaped in his vehicle towards the nearby Telangana border for safety. The TDP leaders claimed that the attackers, on motorcycles and two cars, chased them.

Rao said the attackers were armed with heavy logs and iron rods. When a police officer tried to rescue the TDP leaders, the YSRCP activists also damaged his car.

The TDP leaders said they came under attack when they were on way to oversee the process of filing of nominations by the party candidates for local body elections and lodge a complaint about tearing up of nomination papers of a candidate.

Naidu said the local SP was informed in advance about the TDP leaders' visit to complain to local officials about tearing up of election nomination papers of TDP candidate at Bodaraveedu.

The former Chief Minister said it was total failure of the police and the Election Commission as they had not taken preventive steps despite the TDP complaining to them against the YSRCP's "atrocities".

The TDP chief alleged that the YSRCP activists became uncontrollable and were now attacking even the police officers. He said the TDP would complain to the Governor and to the court about the murder attempts on TDP leaders and the advocate. The CM and DGP should take responsibility if anything happens to the lives of TDP leaders and the injured advocate, he added.