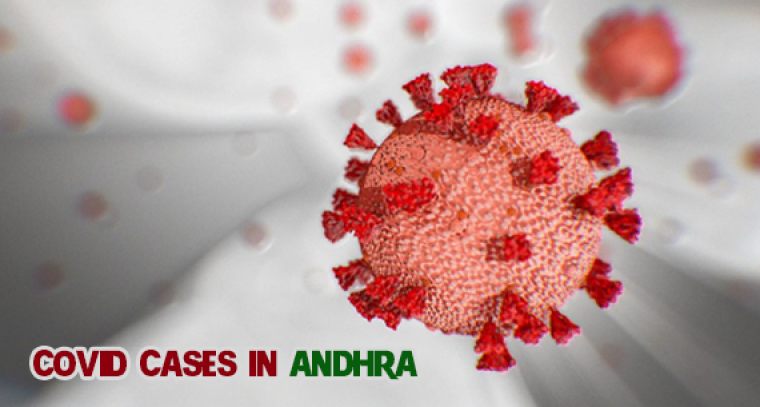 This is the highest ever single-day tally and comes on the back of successive records set over the preceding four days.

The day also saw a record 56 deaths due to coronavirus in the state.

Sunday's update takes the overall tally of Covid cases in the state to 49,650. Yet again, all the thirteen districts reported Covid cases in triple figures. East Godavari reported the highest tally of 647 positive cases, while Anantapur followed with 637 cases. Srikakulam with 535 cases and Chittoor with 440 cases were the other districts that reported high numbers.

Other districts that reported high Covid cases over the previous 24 hours include Krishna with 397, West Godavari with 393 cases, Nellore with 391 cases, Guntur with 354 cases and Visakhapatnam with 266 cases. Vizianagaram with 241 cases, Kadapa with 226 cases, Prakasam with 150 cases and Vizianagaram with 118 cases were the low incidence districts over the previous 24 hours.

Sunday's figures also included the highest death toll on a single day. The state reported 56 deaths compared to the all time high of 52 deaths on Saturday. As per the latest update, deaths have occurred in 11 of the 13 districts in the state. The overall death toll in Andhra Pradesh has now shot up to 642, state health officials said.

Over the past 24 hours, 1,106 persons were discharged from hospitals and Covid treatment centres. There are 26,118 active cases while 22,890 persons have been declared as cured and discharged in Andhra Pradesh.

On the brighter side, not a single positive case was detected among returnees from other states to Andhra Pradesh.

Till date, 2,461 cases have been identified as Covid positive among persons who returned from other states. The active cases tally in this category currently stands at 290, while 2,171 persons have been declared as recovered till Sunday.

Similarly, there were no new cases detected among overseas returnees. The cumulative tally of Covid patients in this category stands at 434, while 390 persons have been discharged after getting cured. As of Sunday, 44 patients are receiving treatment for Covid infection in the state.