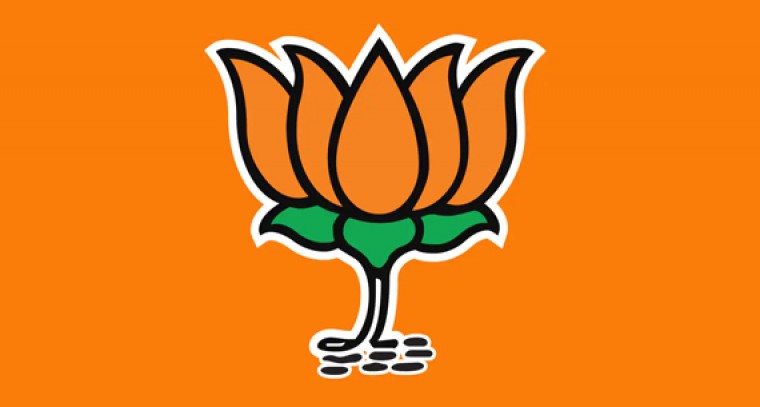 Suresh's name figured in the list of 12 candidates announced by the BJP's central leadership for Assembly bypolls in various states.

Suresh's candidature was announced a day before nominations are to end for the October 30 by-election to the Badvel (SC) constituency in Kadapa district.

BJP state president Somu Veerraju tweeted that BJP named the youth leader as its candidate to oppose dynastic politics and family rule and public welfare as its motto. He wrote that for the last 14 years as a student leader and for the last five years as a youth leader, Suresh carried many struggles over people's issues.

The BJP leader appealed to the people to vote for a young leader who can fight from 'galli' to 'Dilli' to resolve people's problems.

By announcing its candidate, the BJP has queered the pitch for ruling YSR Congress Party (YSRCP), which was hoping for unanimous election of Dasari Sudha, widow of sitting legislator Venkatasubbaiah who died in March after prolonged illness.

Though the main opposition Telugu Desam Party (TDP) and BJP's alliance partner Jana Sena led by actor Pawan Kalyan decided to stay away from the contest to ensure unanimous election of Sudha, BJP decided to field its candidate.

Pawan Kalyan is not likely to extend his support to the BJP candidate.

Addressing a public meeting in Kothacheruvu of Anantapur district on October 2, Pawan Kalyan had announced Jana Sena's decision to stay away from the contest.

He stated that the decision was taken after consulting his party men as the ruling party has made the wife of the incumbent as the candidate.

He urged other parties to make the election unanimous. Pawan's announcement came two days after his talks with Somu Veeraju on deciding the alliance candidate for the by-election.

The TDP decided not to contest the bypoll in line with its tradition. The TDP Politburo at its meeting on October 3 took the decision to stay out of the contest as YSRCP has fielded the widow of the deceased MLA.

TDP state president K. Atchannaidu recalled that it was their party that started the tradition of not fielding a candidate whenever the widow of a deceased (sitting) legislator contested a by-election

TDP had announced its candidate for Badvel more than a month ago. It had named Obulapuram Rajasekhar, who lost the 2019 election.

In the 2019 elections, Venkatasubbaiah won the elections defeating his nearest rival Obulapuram Rajasekhar of TDP with a margin of 44,734 votes. In the elections, BJP candidate T. Jayaramulu had secured just 735 votes.

Badvel in the native district of Chief Minister Y.S. Jagan Mohan Reddy has been a bastion of YSR family supporters since 2009.